I went to get my weekly chemotherapy treatment today and spent the time engaged in a delightful conversation with the elderly gentlemen sitting next to me who was there receiving the fourth day of  his 5-day/40 hour chemo regimen.  Pause for a second.  Yes. There's always someone worse off.

Now usually when I go to chemo, I pretty much keep to myself and like to use the time catching up on the latest important news, like the length of Kate Gosselin's new hair extensions, which Real Housewife has a come out as lesbian this week and whether there are any new Khardashian's populating the Earth that I don't already know about.  By the way, I believe it was one of the Atlanta bunch, but that was last weeks news and this week she's back to manhunting. 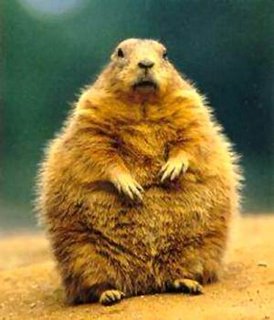 Anyway, I don't know what it was about this old fella' that endeared me to him.  I know it wasn't his camouflaged "I Love the NRA" hunting cap, nor is choice of footwear (think Crocs and socks - not a good look on any day), nor his hokey little sayings like "I'm off like a prom dress", but there was something about him, that just screamed here's a man with a yarn or two to tell.  Plus he had a kind face.

So I reluctantly put the People magazine aside, Kate's hair news would just have to wait and we started to engage in a lively banter.  I think my "in" was the size of his cantaloupes.  Yes he grew them in his vegetable garden and they were humongous according to his enthusiastic recount of his garden's growing season.

Like I said our conversation was a breath of fresh air in an otherwise uneventful and extraordinarily dull day. We talked about groundhogs.  And how best to shoot them from your kitchen window without being detected by PETA, the anti-gun lobby, and any neighbors mildly concerned about shotguns being pointed in their general direction.  Apparently it can be done and he managed to shoot four this season in this very manner.

Now don't get me wrong.  I don't like guns even a little bit nor do I advocate shooting them Yosemite-Sam-style at furry little creatures in an otherwise bucolic suburban setting.  But I don't like groundhogs either and I do like vegetable gardening.    So thanks old man.  It was nice to know that we had something to talk about and something in common other than stinking cancer.
Posted by CancerCultureChronicles at 3:42 PM