When I was a kid I had big dreams for myself.  At the top of the list?  Archaeologist.  And me excavating a previously undiscovered ancient Egyptian tomb.  Whilst some kids were setting up lemonade stands in their front yards, I had a backyard museum.  It was full of things that I'd gone digging for in our garden.  I found some cool stuff too.  A little leather purse with pennies in it, broken bits of china, and okay maybe a couple of things swiped from my Dad's antiques collection.  Anyway if you wanted to see it, you had to pay the 10-cent entry fee.  I sat out there curating my museum all weekend.  I made about 50-cents thanks to my Dad's friends who generously indulged my silly childish fantasies. "Look but don't touch", I told them!

But as the years dragged on and I became slightly more cynical and, some might say realistic, my dreams changed.  I went from Archaeologist to Hospital Administrator.  I remember looking it up in my tenth grade book of careers.  Imagine being the boss of all those people?  The perfect job for the ultimate Leo and also strangely ironic with the benefit of hindsight.  I'm not sure what happened to that idea but it went by the wayside, along with another girlish dream of becoming a Librarian.  Who doesn't love the smell of old musty books?  Just ignore the nerd-alert at this point please!

Alas, instead of slugging it out in trenches of Ancient Egypt, I ended up becoming a public accountant.  Horribly boring and dull but it suited me down to the ground.  As you know from this blog,  I love a good data based rant any day of the week, and I never met an argument I didn't like, so really public accounting was the perfect situation for me.  I loved getting into the tax code, researching case law, writing argumentative memorandums and going fisty-cuffs with the tax auditors.  And then there was financial statement preparation.  Ahhh....blissful days of tabulating, analyzing, and collating.  I really did love it.

Then amidst my dream career, came breast cancer.  And nothing like a good dose of breast cancer treatment to put a major dent in your career, and indeed the visions for the rest of your life.

Now that I'm dealing with metastatic breast cancer, and undergoing a rather grueling treatment regimen, I find that my career options are somewhat limited.  Of course there's blogging which I seem to have taken to like a CPA jacked up on international tax code loopholes. And then there's the career that I never would have envisioned for myself in a gazillion years.


You see in chemotherapy drug development the process goes something like this:

Phases of Clinical Trials:
From listening to prominent metastatic cancer researchers Pat Steeg and Danny Welch speak at the National Breast Cancer Coalition's recent conference, this is what I understood (and please readers feel free to chime in if my understanding is incorrect in any way).

I learned that chemotherapy drugs are almost always  developed using primary breast cancer tissues and then are tested in Phase I and II trials on metastatic cancer patients.  If the metastatic tumors remain fairly stable or shrink by a certain number, then the drug  moves to a randomized trial phase where "survival" is measured.  In the metastatic testing setting survival is measured in weeks or months and this is how "success" is defined.  From there the drug moves to next phase into the adjuvant setting and evaluated on a much larger group of patients.


It's only at the end of the drug development phase that any outright prevention of new metastasis is looked at and assessed.  BUT, for a drug to progress through the clinical trial phases, it must show that is has shrunk established metastatic tumors, NOT necessarily prevented new metastatic tumors.  In the words of Pat Steeg, "THIS IS STUPID!".    In the metastatic setting, the way the drug developments and approval phases are currently structured, drugs specifically designed to address metastasis, a biologically different animal to primary tumors, are destined to fail.  Because the aims of the drugs that the metastatic researchers like Danny and Pat are focusing on, are those that will induce metastatic tumor dormancy NOT necessarily shrink existing tumors.  Real prevention!

So just to recap.  My value to the drug development process right now, is as a guinea pig.  To have drugs tested on me, that are developed with the intention of treating earlier stage breast cancer.  Not specifically metastatic breast cancer.  The drugs may or may not work on me.  If they do work, most likely only for a finite period of time.    My outcome in treating my metastatic breast cancer is simply an (un)lucky by-product of the current drug development cycle.

I also learned from Pat Steeg that there IS a robust pipeline for secondary metastatic prevention drug trials.  But with the current structure for drug development and the associated incentives and funding costs, getting these drugs into clinical trials is a fight.  Besides bureaucratic red tape, the roadblocks to metastatic-specific drug development are immense.

We are entrenched in a breast cancer culture that favors research for primary and early stage breast cancer.  There is a dearth of metastatic breast cancer tissue available for research; most metastatic breast tumors are not biopsied because it's considered too invasive and unnecessary.  We don't know exactly how many people are living with metastatic disease as we are not officially counted anywhere.  How can the needs of our population be properly assessed and researched? Metastatic research is seen as to difficult and complex making funding grants hard to come by.   Big pharma must work to a business model to appease its shareholders, and metastatic cancer research is way down on the priority list because of the lead times and costs involved. And so the excuses pile up........

All of these roadblocks, yet around 30% of people receiving a breast cancer diagnosis are known to go on to develop metastatic disease(1).  And metastatic disease accounts for 90% of breast cancer mortality with around 40,000 deaths a year (2). And with less than 5% of cancer research funds spent globally on researching metastases (3), is it any wonder that, according to Danny Welch,  there are less than 1000 metastatic researchers worldwide?

How can we scream loudly enough that:


IF WE SOLVE THE RIDDLES OF METASTATIC BREAST CANCER THEN WE CAN ALMOST ELIMINATE MORTALITY FROM THIS DISEASE!
WHY THE ROADBLOCKS?
I'm not sure who coined the phrase first, but I've  been hearing it loud and clear from U.S. based metastatic breast cancer advocates like Musa Mayer of AdvancedBC.org, CJ Corneliussen-James  of MetaVivor and Ellen Moskowitz of Metastatic Breast Cancer Network.

What we need is this:


Again I will quote Pat Steeg:  "Do we care enough to study mets?"

I certainly hope so, because I don't want to be an (angry) little guinea pig for the rest of my life. Well that's my girlish dream anyway. 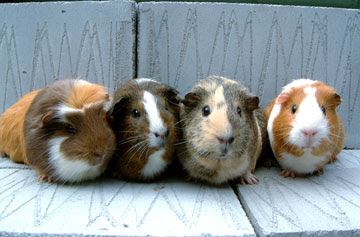